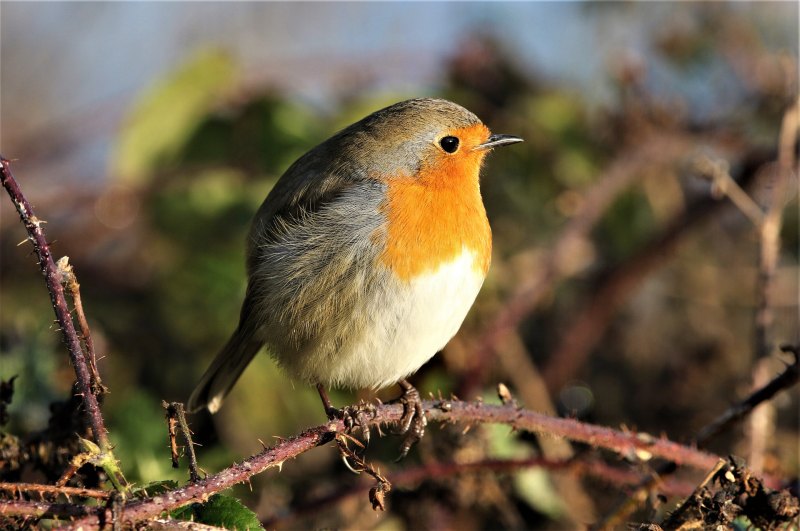 As we look around us in the biosphere we call home, we are inundated with a wealth of lifeforms. Many of them are creatures we do not often think about. Giraffes, lions, tigers, and bears (oh, my), and much more than these, help to make up the world of life that we know all too well. But there are other creatures that extend our awareness beyond the textbook and the television. Pets like dogs, cats, and our beloved exotic birds create more immediate awareness and therefore stimulate our brains and emotions to a bit higher level than most other animals in the wild. And then, there are the wild everyday birds that we might take for granted. But they’re there regardless, and they deliver far more than you think.

Early in December, a study was published that surprisingly (or not to some) recognized that a greater biodiversity of wild birds in their busy and active displays to humans made humans happier. That was in addition to comforts of satisfying income. Basically, the more visible birds became within your view contributed heavily toward a greater personal satisfaction. The study covered Europeans and found that when even just a 10% increase in birds surrounding us, we became happier.

This study was undertaken by the Senckenberg Gesellschaft für Naturforschung, a museum of notable worth, and the University of Kiel, a 355-year old institute of learning located in Germany. It was their combined interest to determine human well-being as it relates to our surrounding biodiverse landscape of creatures. This newfound interest derived from a 2012 survey that sought to determine happiness among humans. One of the standouts was the fact that birds contributed heavily to the understood happiness among the European population. The new study sought to look deeper and to cement those findings.

Birds are everywhere. Their song is heard most often, more than any other life form in the wild. Their movement captures attention as they fly, often in some amazing ways (murmurations, concerted flock movement for gatherings on wires, and many kinds of random flight patterns that bring birds into a field of view). In short, it’s difficult, even impossible, to not be immersed in bird sightings and the song they happily sing when you are moving about.

Interacting With Birds Around Us

To help make the happiness levels among many people even higher, some people engage in interactive experiences like bird sighting adventures, setting up feeding locations to attract birds to a yard or locale, and sometimes even elaborately planned-out yard setups that require specific shrubs, trees, and plants to attract more birds than normal. An environment filled with the daily movement and song of wild birds simply makes us much happier. And for that, we can realize that a world without the landscape of birds can be a bleak and sobering event. There is obviously a sense of ease that birds give us just by being there.

On a serious and somber note, our birds throughout the world are undergoing serious and frightening levels of decline that bode poorly for our feathered creatures. For decades we have recognized the need to slow-down the expansion of human activity into the realm of the birds. Our inability to cease or change our modes of living have done much to drive birds away from some locations to more undisturbed places. As a result, the effects could be as disturbingly catastrophic to humans and their levels of happiness as they would be to the bird themselves.

Baby Food Helps Build Traumatized Cat’s Confidence | My Cat From Hell
Stray Kitten is So Excited to Be in a House that She Starts ‘Supervising’ Everyone
What Does Jeremy Wade Do for ‘FUN’ When Not Fishing? | River Monsters Live
Pet Care | CoComelon Furry Friends | Animals for Kids
WHAT ABOUT THIS LOVELY CAT WHILE GET GROOMED?❤️❤️