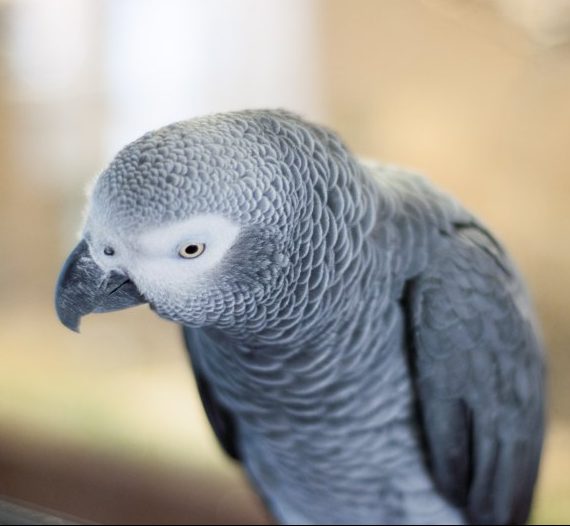 Nonhumans run the gamut in terms of where they land on a scale of neophobia (dislike of novelty) and neophilia (attraction to novelty), and birds are no exceptions. Some birds that one might expect to be very “bold” because of their size and overall behavior patterns, like ravens, are actually quite neophobic. My colleagues who work with ravens say that it may take several months before a raven will explore a new apparatus placed in their enclosure (Bugnyar, pers. comm.), and when I’ve visited their large aviaries in Austria, just my appearance sends the ravens to their furthermost perches. Urban crows, in contrast, although still skittish, are much more exploratory (Greggor et al., 2016).

Different parrot species also respond differently. As soon as I entered the kea aviary, a short walk from that of the ravens, half a dozen parrots landed on or near me, and I was glad that I had removed all my jewelry and covered the buttons on my shirt with a zippered hoodie; I had to chase them from my hair clips, which they viewed as a new toy. Goffin’s cockatoos responded similarly; in fact, one was quicker than the keas and made off with a hair clip! In contrast, African greys and most Amazon parrots, although not nearly as neophobic as ravens, often take a while to accept novelty of any sort.

Not surprisingly, parrot neophilia/neophobia has been the subject of several research studies. Mettke-Hoffman and colleagues  (2002) argue that neophobia and exploratory tendencies in parrots are related to the costs (e.g., predation risk, risk of eating noxious food) and benefits (e.g., finding unexploited foraging sites, nest sites, or mates) of engaging in exploration, and that species that must deal with highly variable environments in nature tend to be less neophobic. Fox and Millam (2007) also found, at least for orange-winged Amazon parrots, that early exposure to various toys and other objects decreased—though did not eliminate—the neophobia that normally develops with age. The bottom line for our feathered companions seems to be that we need to start early when introducing novelty and, in later life, give them plenty of time to adapt to new items.

From my experience in Austria, I learned that neophobia involves people as well as objects. I’ve often been told that greys are “one-person” parrots—but all my birds, from the time they entered my lab (from 7.5 weeks to ~1 yr) were exposed to multiple people on a daily basis, including students who rotated in and out each year. I think that is why all of my students have always been able to handle all of my birds. That doesn’t mean that birds and students don’t have favorites (they do; Griffin will always be a momma’s boy), but it does mean that, with very few exceptions, my parrots work with everyone in the lab.

It may take a student several weeks to gain the trust of a particular bird, and my birds definitely recognize someone with experience in handling animals (Griffin, who is wary of strangers, immediately climbed up for Frans de Waal, a famous primatologist, and for Thomas Bugnyar, the raven researcher mentioned above), but in 40-plus years I’ve had to let go only one student who couldn’t handle the parrots.

Interestingly, I’ve found that more than anything else my greys dislike changes in their daily schedule. They seem to have an internal clock that tells them when it is time for lunch and dinner, and object to any alterations. If I lose track of time (when writing this blog, for example!), and it gets close to dinner time, both Griffin and Athena start squawking. Alex would specifically call out “Want GRAIN!”

They also really get cranky when we have to change the trainers’ schedules every semester (because of class schedule changes) and between semesters, when several students usually take vacation time. Even when the birds normally get along really well with a student, if she covers for another trainer during a particular shift, both birds will often refuse to comply with her requests. And, because my birds seem to understand numbers, and I tell them how many days I’ll be gone when I have to go to a conference, they seem very upset if my flight is cancelled and I am not back when promised! I’m often greeted with pile of chewed-off feathers on my return, to let me know in no uncertain terms how inappropriate my behavior has been. I believe that some of this behavior goes back to the subject of the previous blog, trust. Because captive parrots depend on humans for basics, they have to be able to trust that we will always be present for them….thus, if they think we are letting them down…

Furthermore, being suspicious of change is one way to ensure that their environment is benign (hey, that misplaced rock could be evidence that a predator is near!); when living in our homes, they also have to trust that we will keep their surroundings safe. Therefore change must be introduced gradually. Interestingly, I’ve learned that if my students and I play with a toy, show the bird how it works, even act as though it is our toy and something the parrot shouldn’t have…well, that will likely spark a lot of curiosity!

It is also obvious to me that each parrot has his or her own personality, and broad generalizations don’t always apply. Griffin and Athena couldn’t be more different. At 7 years old, Athena acts like a chick. She adores new people and if a new toy has any similarity to an old one, I can barely hang it in her cage before she investigates. None of my other African greys were quite so inquisitive after reaching maturity, and Griffin is particularly wary of strangers.

In sum, as I’ve said before, we must really be attuned to our feathered friends. Each bird, just like each of our human friends, has a different personality, with different interests, needs, wants, and preferences. They may each have different favored foods, toys, perches, etc. Being aware of these differences, particularly their tolerance for change, will improve everyone’s lives!