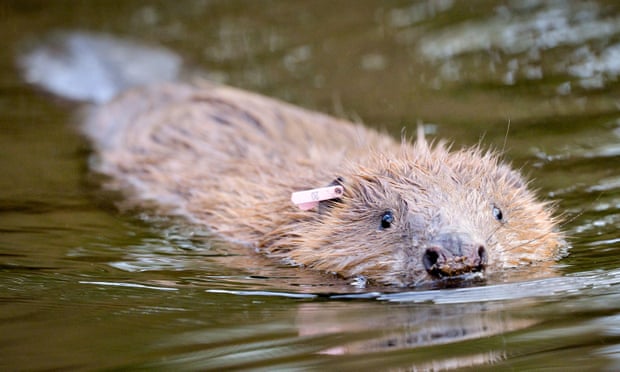 Wildlife campaigners are suing Scotland’s nature conservation agency for allowing farmers to kill wild beavers, arguing that it is in breach of its duties to protect vulnerable species.

Trees for Life, a charity that campaigns for rewilding, has accused NatureScot of failing to protect beavers and insists the animals should be humanely trapped and relocated to other parts of the country rather than shot.

A judge at the court of session in Edinburgh will hear its allegations that NatureScot, a government agency formerly known as Scottish Natural Heritage, has breached the country’s habitat regulations on Thursday and Friday.

The judicial review, funded with £60,000 in donations, will be a significant test case for rewilding activists, touching on deep tensions with farmers and landowners over the release of birds of prey and proposals to repopulate the Highlands with predatory species such as wildcats and lynx.


Hundreds of beavers have formed colonies in the Tay area of the southern Highlands, settling on islands near the city of Perth and spreading south to the Forth valley after being inadvertently or deliberately released from private collections in the area in the early 2000s.

After the Scottish government designated beavers a protected species from 1 May 2019, NatureScot issued dozens of licences to cull those blamed by farmers in Tayside for damaging crops and prime agricultural land. By the end of 2019, 87 beavers had been shot under lethal-control licences issued by the agency. Trees for Life believes scores more licences were approved last year.

Farmers insist their culling is done on a case-by-case basis, leaving hundreds of beavers left undisturbed, and NatureScot insists its licensing approach is “robust and lawful”.

The agency said beavers were being trapped on Tayside rather than being shot, and that many had been relocated to Knapdale on the Argyll peninsula, the site of a long-running government-funded reintroduction programme, and to England for reintroduction schemes there.

NatureScot’s director of sustainable growth, Robbie Kernahan, said: “In certain circumstances, beavers can cause problems. In those specific situations where beavers pose a risk of serious damage to farmland or where they occasionally cause a public health and safety concern, we issue species-control licences accordingly.”

The case, which is expected to be heard by Lady Carmichael, will have a significant bearing on future reintroductions and rewilding projects, particularly involving apex predators that farmers and landowners fear could threaten livestock.

The chief executive of Trees for Life, Steve Micklewright, said: “A ruling in our favour could transform the fortunes of Scotland’s wild beavers. But whatever the outcome, this case is spotlighting glaring inconsistencies in the government’s approach to protecting this still-fragile native species – and why a more nature-friendly, climate-friendly and farmer-friendly approach is needed.”

The National Farmers Union Scotland and Scottish Land and Estates, which represents landowners, have swung behind NatureScot and have paid jointly for legal representation at the hearing, arguing that the right to lethally control species that damage crops, stock and farmland has to be defended.

NatureScot and other wildlife bodies are already funding a long-term plan to release wildcats, one of the UK’s rarest and most endangered mammals, in the Highlands, and a project to release lynx, now extinct in the UK, is also being developed.

There have been proposals as well for an officially sanctioned release of beavers in the Cairngorms. Trees for Life argues that given NatureScot has identified more than 100,000 hectares (250,000 acres) suitable for beavers elsewhere in Scotland, animals trapped on Tayside could be released there.

This article was first published by The Guardian on 3 June 2021. Lead Image: Scores of beavers have been shot since 2019 under lethal-control licences issued by NatureScot. Photograph: Ben Birchall/PA.

What you can do

Support ‘Fighting for Wildlife’ by donating as little as $1 – It only takes a minute. Thank you.

Fighting for Wildlife supports approved wildlife conservation organizations, which spend at least 80 percent of the money they raise on actual fieldwork, rather than administration and fundraising. When making a donation you can designate for which type of initiative it should be used – wildlife, oceans, forests or climate.